WASHINGTON, D.C. – One year ago today, 10 Republican governors visited the southern border to call on the President to enact sensible ideas to mitigate the crisis. During their visit, the governors released a 10-point plan the Biden administration could enact to secure the border and restore national security.

Since then, the governors have yet to hear a response from Biden and the border crisis has only worsened as the administration fails to effectively address the record amount of deadly drugs, violent criminals and terrorists, and migrant crossings occuring at the southern border.

The crisis has only exacerbated since Joe Biden took office and over the last fiscal year with:

While the Biden administration continues to ignore the crisis occurring along the world’s deadliest land migration route and throughout the country, Republican governors have taken action to protect their communities. In April, 26 Republican governors led by Governors Doug Ducey (AZ) and Greg Abbott (TX) announced the creation of the American Governors’ Border Strike Force to disrupt and dismantle transnational criminal organizations to combat human and drug smuggling. Since then, the Arizona Department of Public Safety hosted the Strike Force Summit with more than 100 law enforcement representatives from 26 states. In August, the states conducted a first of its kind multistate law enforcement operation to disrupt cartel activity that seized: 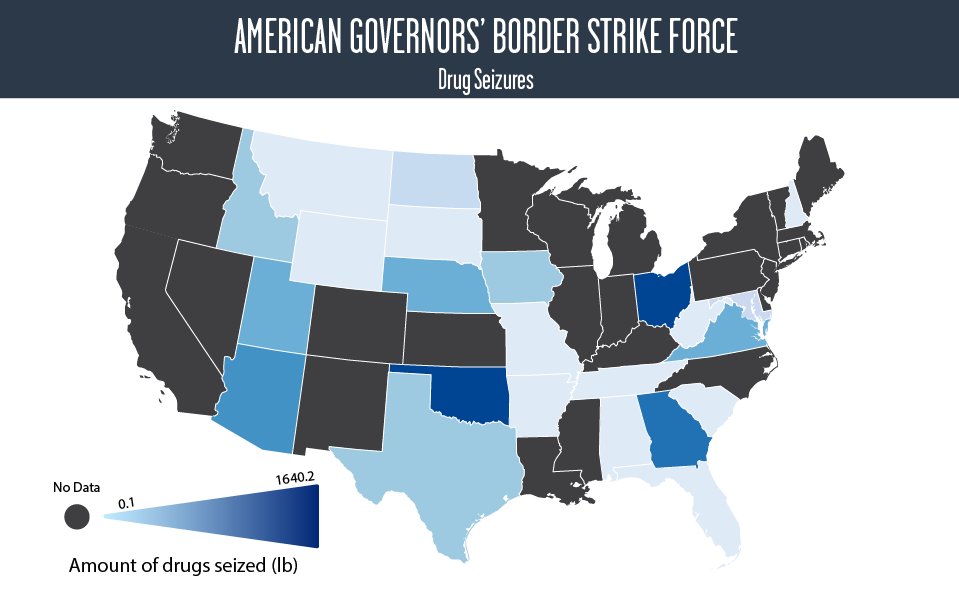 “In Arizona, we’re taking action to stop the flow of dangerous drugs through the southern border, impede the cartels’ criminal activity and protect our communities,” said RGA Co-Chair and Arizona Governor Doug Ducey. “Earlier this year, we teamed up with Texas and 24 other states to share intelligence and strengthen security through the first-of-its-kind American Governors’ Border Strike Force. We’re already seeing results thanks to this coordinated effort — including thousands of pounds of drugs being seized all across the nation. The data collection helps law enforcement and security professionals as they work day and night to protect our nation, and it will help shape how the Strike Force operates in combating transnational criminal organizations. We will continue to work with our partners and law enforcement professionals to do what the Biden administration won’t: secure our southern border and keep our citizens safe.”

“Rather than addressing the historic levels of illegal immigrants and deadly drugs like fentanyl surging across our southern border, the Biden administration has sat idly by as Texans and the rest of the country suffer from this national security and humanitarian crisis,” said Texas Governor Greg Abbott. “In the absence of any federal action and leadership, Republican governors have stepped up to do the job Joe Biden refuses to do, providing real relief to our overwhelmed communities through unprecedented action and strategies.”