Far-left Democrat gubernatorial candidate Stacey Abrams’ radical agenda continues to draw support from the most extreme elements of her party.

The Metro Atlanta chapter of the Democratic Socialists of America, whose stated goal is to espouse “socialist values and policies” across the United States, is now actively participating in phone-banking and get-out-the-vote efforts for Abrams’ candidacy: 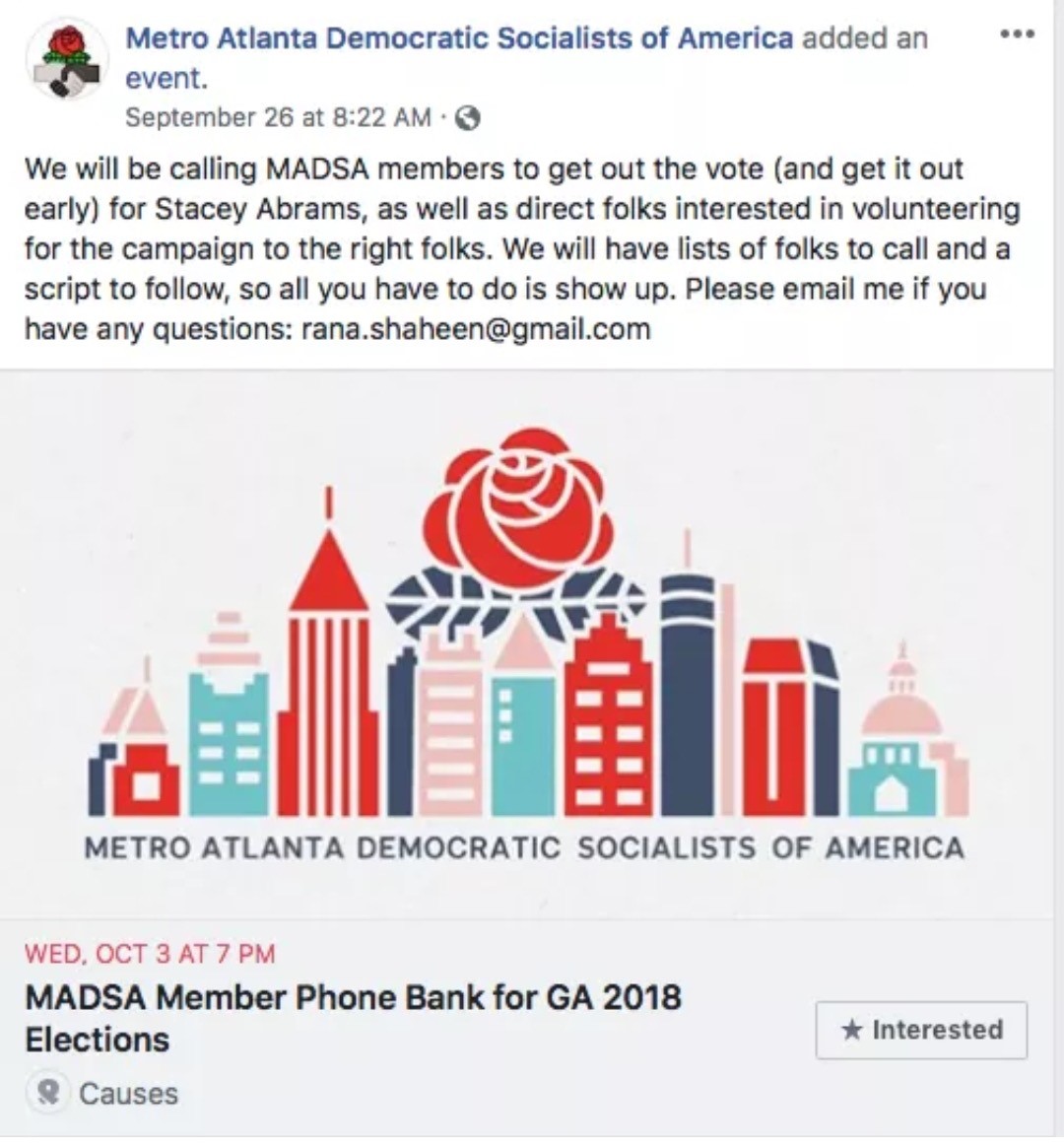 Already having secured the support of extreme far-left California billionaire donors to support her campaign, Abrams now has self-professed socialists campaigning on her behalf. As this group lobbies voters for her candidacy, Abrams owes the people of Georgia an answer as to whether she agrees with the Democratic Socialists of America’s extreme platform and whether she would fight for their agenda if elected.