Yesterday, Kelly broke the news that the Kansas Governmental Ethics Commission had dismissed a complaint brought by RGA Kansas – prior to RGA Kansas being informed of the result – regarding Kansas Department of Children and Families Secretary Laura Howard’s working with Kelly’s office to have a political ad attacking Kelly removed from the air. Only RGA Kansas and Howard were set to receive notification on the Commission’s decision, yet it was Kelly who announced the news. Her being aware of the ruling raises questions about where Kelly received her information regarding the final ruling.

Following Kelly’s announcement at a press conference, RGA Kansas contacted the Commission and was informed it had determined the complaint sufficient, but also took the irregular step, against the recommendation of the Executive Director, to determine probable cause, and ultimately dismissed the complaint. RGA Kansas is currently reviewing options for seeking judicial review of the Commission’s unusual dismissal.

“Democrat Laura Kelly has once again blurred the lines between her political and taxpayer-funded, official operations to try and dismiss political criticism she didn’t like,” said RGA spokesperson Joanna Rodriguez. “Kelly has now at least twice authorized and utilized the work and time of a state employee for political purposes, and Kansas taxpayers deserve to see the records and judge Kelly’s behavior for themselves. Kelly has previously criticized a lack of transparency at DCF, and she should demand timely and total cooperation now as well.”

The pending records requests to Kelly’s office and Kansas DCF were made after the Kelly campaign used official state resources in a failed attempt to have an RGA Kansas 2022 PAC ad taken off the air. The requests ask for all communications between the governor’s office and DCF around the time Kelly’s campaign submitted a letter from Howard as support for challenging the ad. The ad that incited the challenge, titled “Rough Road,” criticized Kelly’s support for changing work requirements for healthy, able-bodied adults receiving welfare. RGA Kansas today also submitted one new request asking for communications between Kelly’s office and Kansas DCF since the ethics complaint was filed last week. 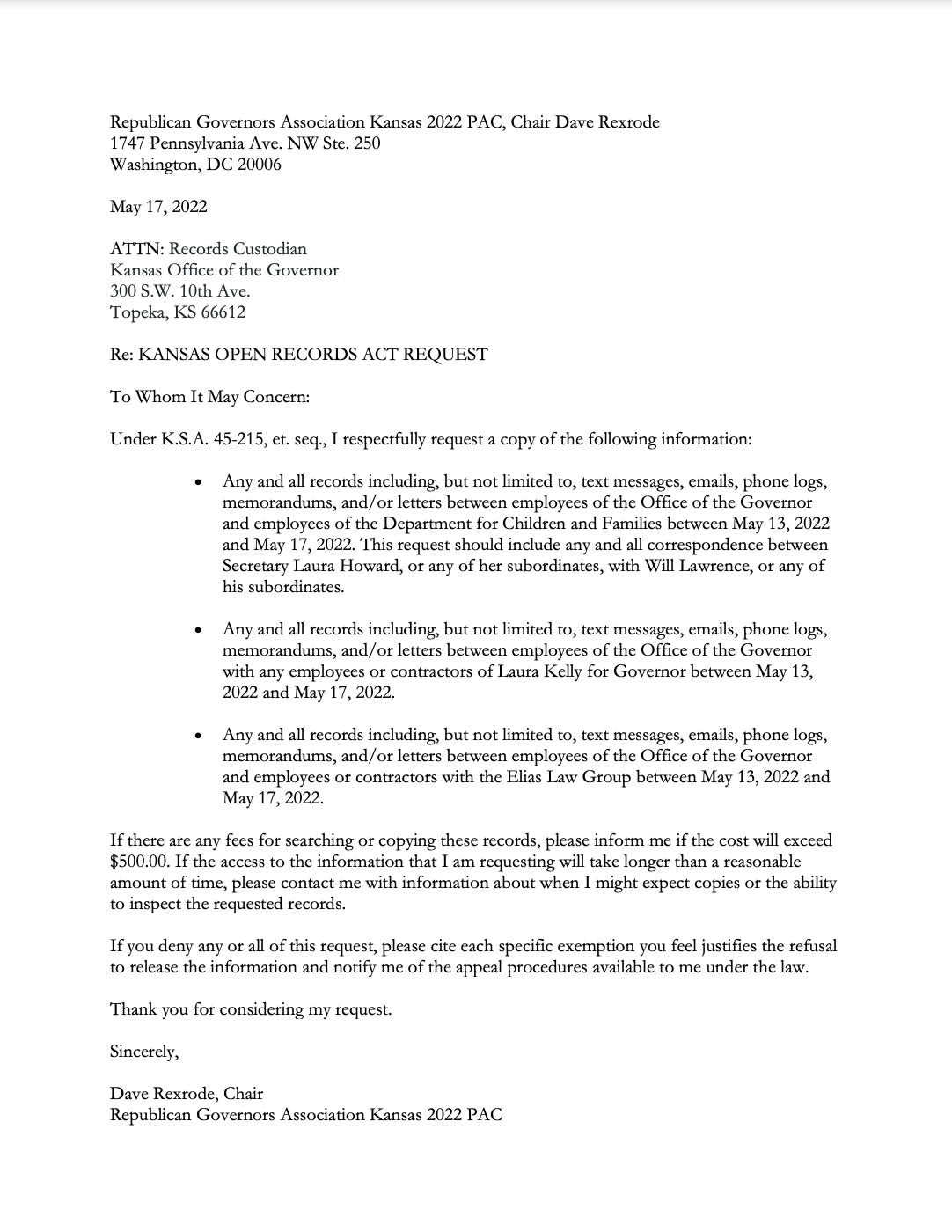 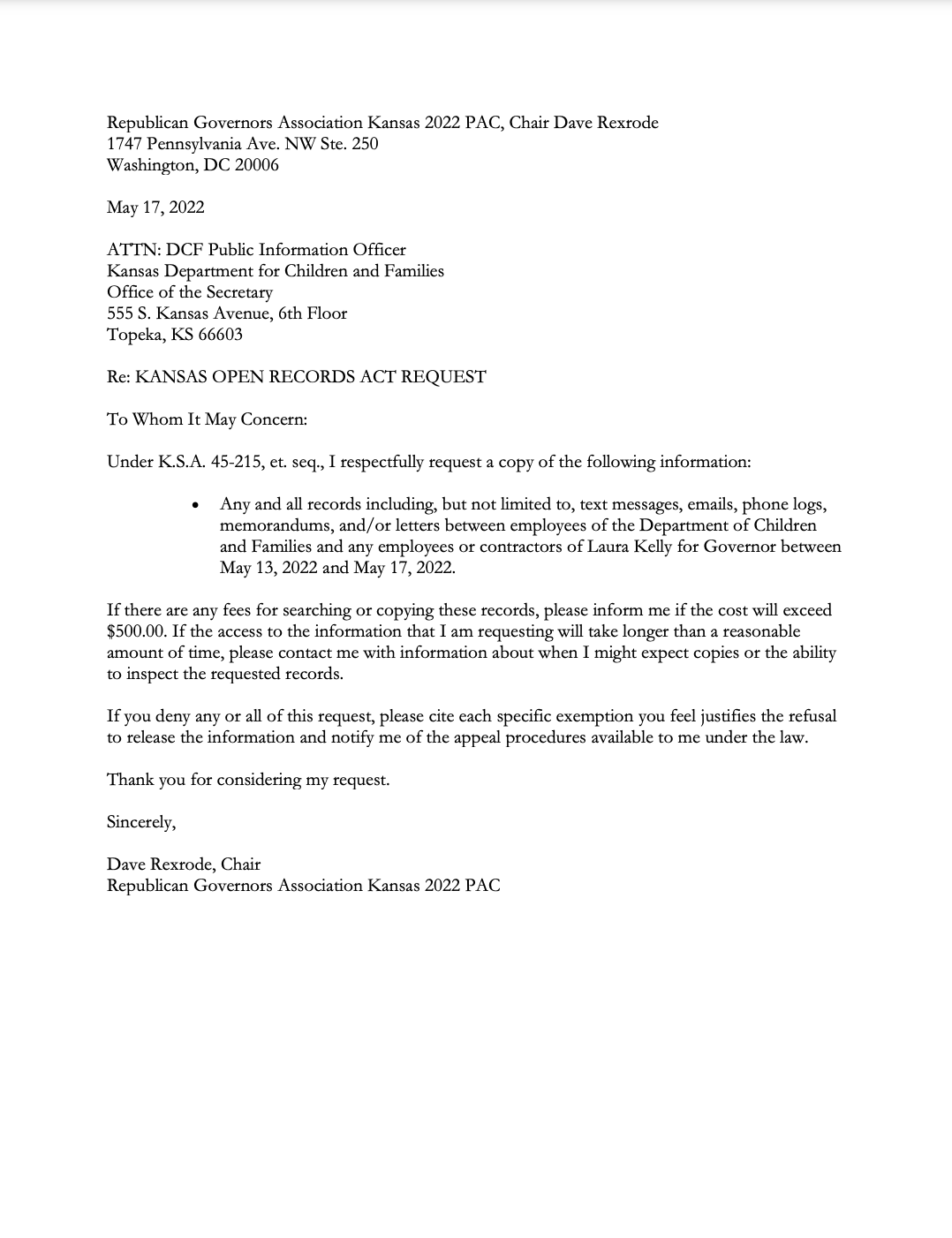