A second report just published by Breitbart revealed more disturbing information about the the all-ages drag show sponsored by Kansas Democrat Laura Kelly’s administration this past weekend. Performers from the show have long records glorifying Satanic imagery as part of their sexually explicit performances as well as advocating strongly for exposing children to their performances.

As reported by Breitbart:

“Many of drag performers also have a history of posting to social media about exposing children to drag shows, posting sexually explicit images, and glorifying Satanic imagery. On Jan. 18, 2020, performer Freddye Dollma Starr posted on Facebook that the “thought that drag is inherently something that must be kept from children enrages me.’ 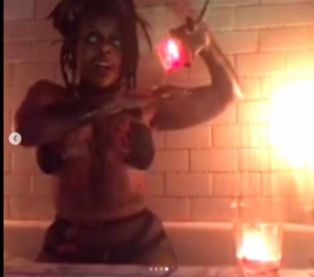 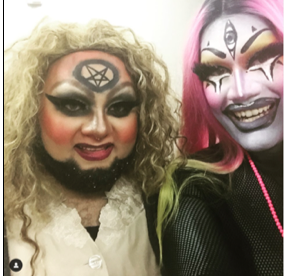 “For Democrat Laura Kelly to spend months saying concerns about her radical agenda were overblown only to turn around and have her taxpayer-funded Department of Commerce sponsor a sexually explicit all-age drag show for minors is outrageous,” said RGA spokeswoman Joanna Rodriguez. “Kelly has not only left the door open for radical forces in Kansas, she’s blown it off its hinges and used taxpayer-funded programs to do it. Voters must put an end to her time as governor this November.”