It’s been a week since The Denver Post exposed the years of toxic and intimidating behavior of Office of Emergency Management director Mike Willis, and Governor Jared Polis is still remaining silent. Polis declined through a spokesperson to comment when asked by The Post last week.

Colorado deserves better than Polis’ silence, which is why Republican nominee for governor Heidi Ganahl has called on Polis to explain what he knew and why he has allowed Willis to continue his tirades unchecked for so long. 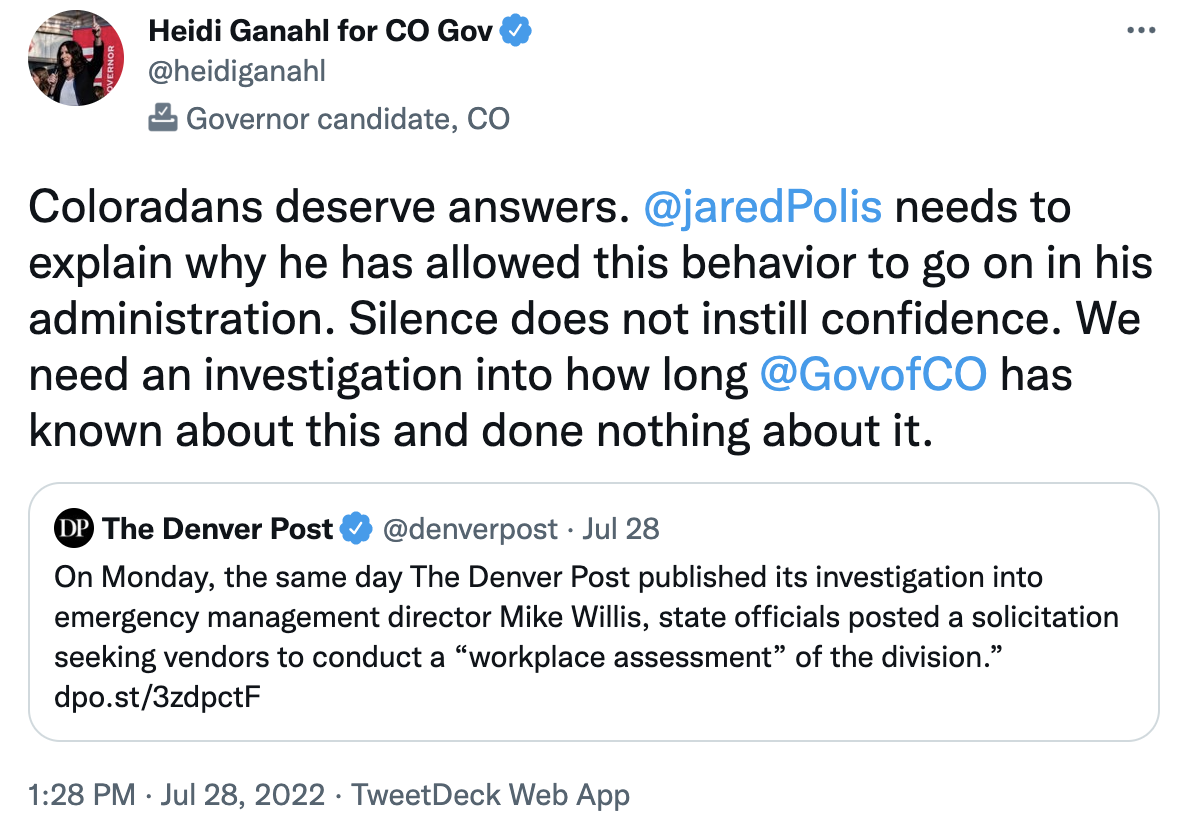 “It’s unacceptable that Jared Polis is choosing to ignore a crisis of leadership at the Office of Emergency Management during wildfire season,” said RGA spokesperson Joanna Rodriguez. “Colorado deserves a governor who will make sure state officials operate respectfully and are able to remain fully focused on their official responsibilities.”

Watch our videos
The RGA @GOPGovs
Tina Kotek is personally responsible for worsening the homeless crisis. Homelessness is the top concern for Oregon… twitter.com/i/web/status/1…
About 2 hours ago
ReplyRetweetFavourite