Transgender issues in Kansas schools have gained new attention recently, after a female student in the Eudora School District expressed discomfort about sharing a bed with a transgender student born a biological male, was told to “Deal with it,” and then forced to sleep on the floor of a friend’s room for the duration of a class trip to Costa Rica. Gaines is a 12-time NCAA All-American, five-time SEC Champion and record holder, and two-time Olympic trial qualifier who tied transgender swimmer Lia Thomas at the NCAA 200m freestyle final earlier this year. The ad will begin airing this week.

Watch “Has to Stop” here. 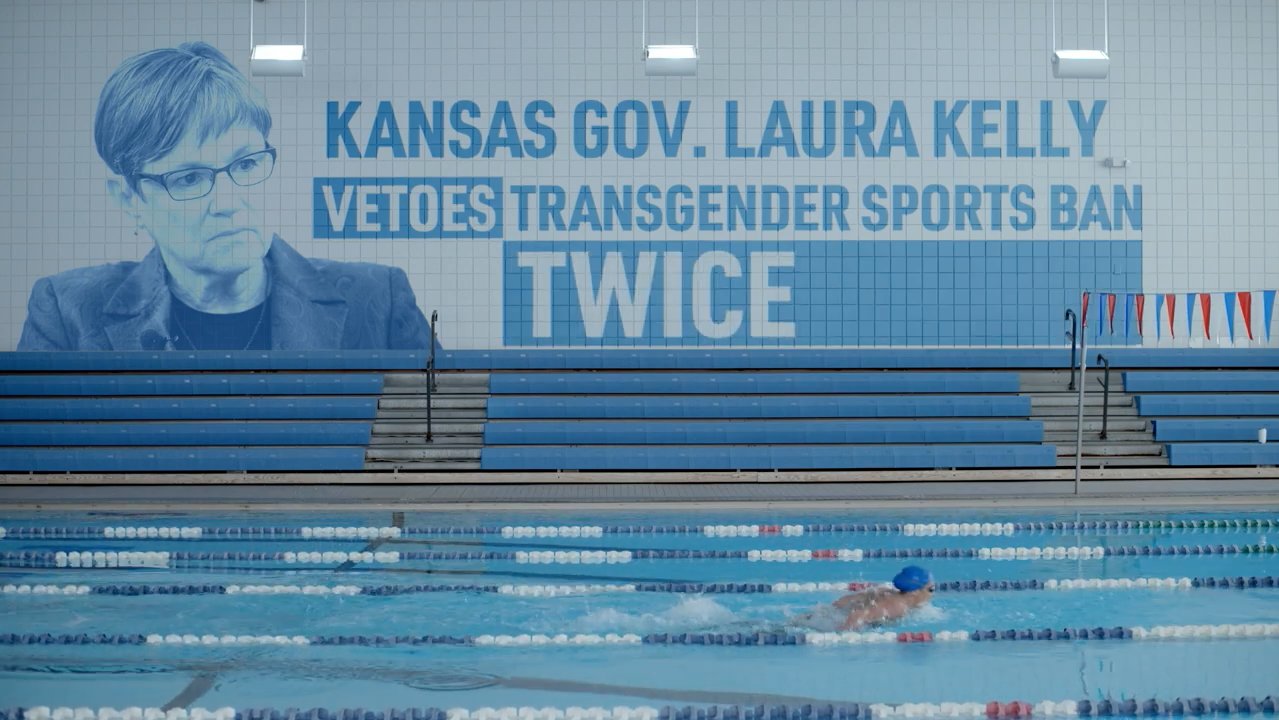 “Democrat Laura Kelly made it clear to young female athletes and their parents that she’s not going to protect them from having to compete against biological men when she vetoed fairness in girls’ sports legislation not once, but twice,” said RGA Kansas spokesperson Joanna Rodriguez. “If Kelly won’t even protect athletes, she certainly won’t protect other students forced into unacceptable situations. Kelly has sided with the extremists in her Party and refused to put the safety and hard-work of these young women before a woke agenda and it won’t stop until Kansans vote her out.”

“But then, I was forced to share a locker room with a biological man. It was uncomfortable and it was wrong.

“In the pool, he claimed a trophy that a woman had earned. This has to stop.

“Laura Kelly vetoed laws to protect women and girls in sports, not once, but twice.

“If Laura Kelly can’t protect women, she shouldn’t be governor of Kansas.”