At 6.5% the Kansas sales tax on food is the second highest in the country. Kelly campaigned on reducing the grocery tax in 2018, but instead vetoed a reduction of the tax passed by the legislature in 2019. It wasn’t until Kelly’s Republican opponent, Attorney General Derek Schmidt, sent a letter to state lawmakers calling for the elimination of the tax in the upcoming legislative session that Kelly suddenly remembered her unkept campaign promise and echoed the same call. The state’s legislative session is currently under way. 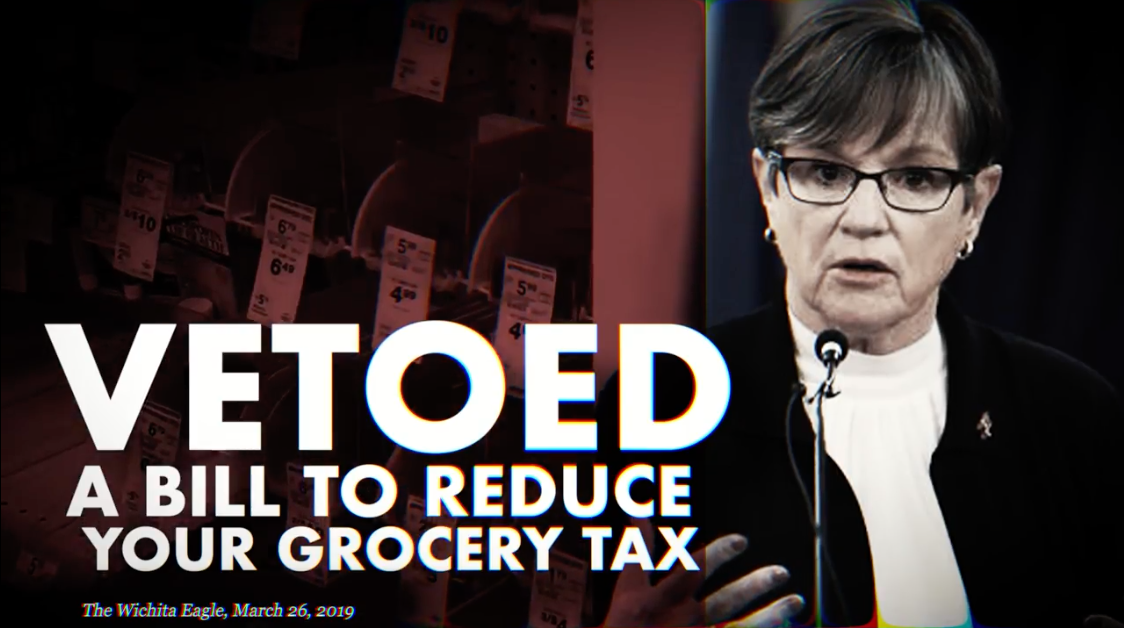 “Prices are skyrocketing under Joe Biden, and it’s because of Democrat Laura Kelly that Kansans are still paying the second highest grocery tax in the country,” said RGA spokesperson Joanna Rodriguez. “Whether it’s her Party’s federal vaccine mandates or rising prices and high taxes, Kelly is slow to act on the serious issues that threaten families’ financial security.”

Voiceover: “Does anyone believe Laura Kelly cares about your grocery bill?

“Prices have skyrocketed under Joe Biden and Laura Kelly.

“And Kelly could have eased the burden on Kansans…

“Except over 2 years ago she vetoed a bill that would have reduced the state grocery tax.

“Now Kelly is running for re-election and needs to win votes, so she’s changed her tune.

“Kansas needs a governor focused on your future, not her own.”