Democrat Laura Kelly struggled yesterday to defend her latest TV ad whitewashing her previous vetoes of legislation to ban biological men from competing in girls’ sports. In The Topeka Capital Journal, Kelly’s campaign falsely claimed in a statement that Kelly’s always held this position, yet refused to answer further questions about how exactly she would protect girls’ and women’s sports if not through the legislation she vetoed.

The RGA released a new video later in the day responding to Kelly’s ad and highlighting the comments alongside her previous statements about the policy and her reasoning for both previous vetoes. 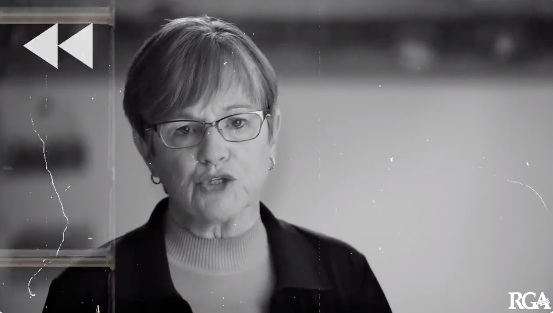 “Democrat Laura Kelly and her campaign are trying to have it both ways: running a false TV ad claiming Kelly wants to protect girls and women in sports while also refusing to say just how she’ll do it after twice vetoing bills that would have,” said RGA Kansas spokesperson Joanna Rodriguez. “When Kelly had the chance as governor to stand with parents and these young women and girls, she twice chose to work against their interests and since then has chosen to do nothing. Kelly seems willing to say anything to keep pushing Democrats’ radical education agenda in Kansas schools.”