Last night, Charlie Crist refused to denounce comments made by his Democrat primary opponent Nikki Fried comparing Ron DeSantis to Adolf Hitler, according to video of the remarks posted today by Breitbart News.

“It’s despicable for Charlie Crist, who just last year stood silent as Ilhan Omar compared our Jewish allies in Israel to terrorists, to once again let a disgusting attack like Fried’s go unanswered,” said RGA spokesperson Joanna Rodriguez. “Florida Democrats are so desperate to appease their woke base’s hate for Governor DeSantis that they’ll stoop to trivializing the experiences of Holocaust victims, survivors of Fidel Castro’s brutality, and refugees of Venezuela’s socialism to score political points.” 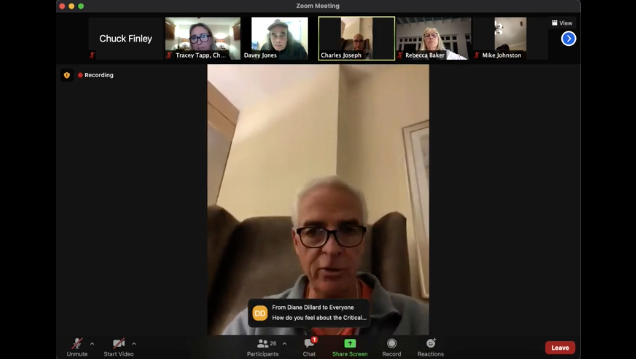 Watch the video here.
Crist was asked specifically about the comments by the organizer of the Zoom meeting, and Crist went on to liken DeSantis to Fidel Castro and Nicholas Maduro, but declined to answer the question about Fried’s Nazi Germany comparison. While Fried’s been testing out the comparison privately for months, her public comments last week were quickly condemned by the Anti-Defamation League, the Zionist Organization of America, and watchdog group StopAntisemitism. Democrat Annette Taddeo, who is also running against DeSantis, has still not weighed in.