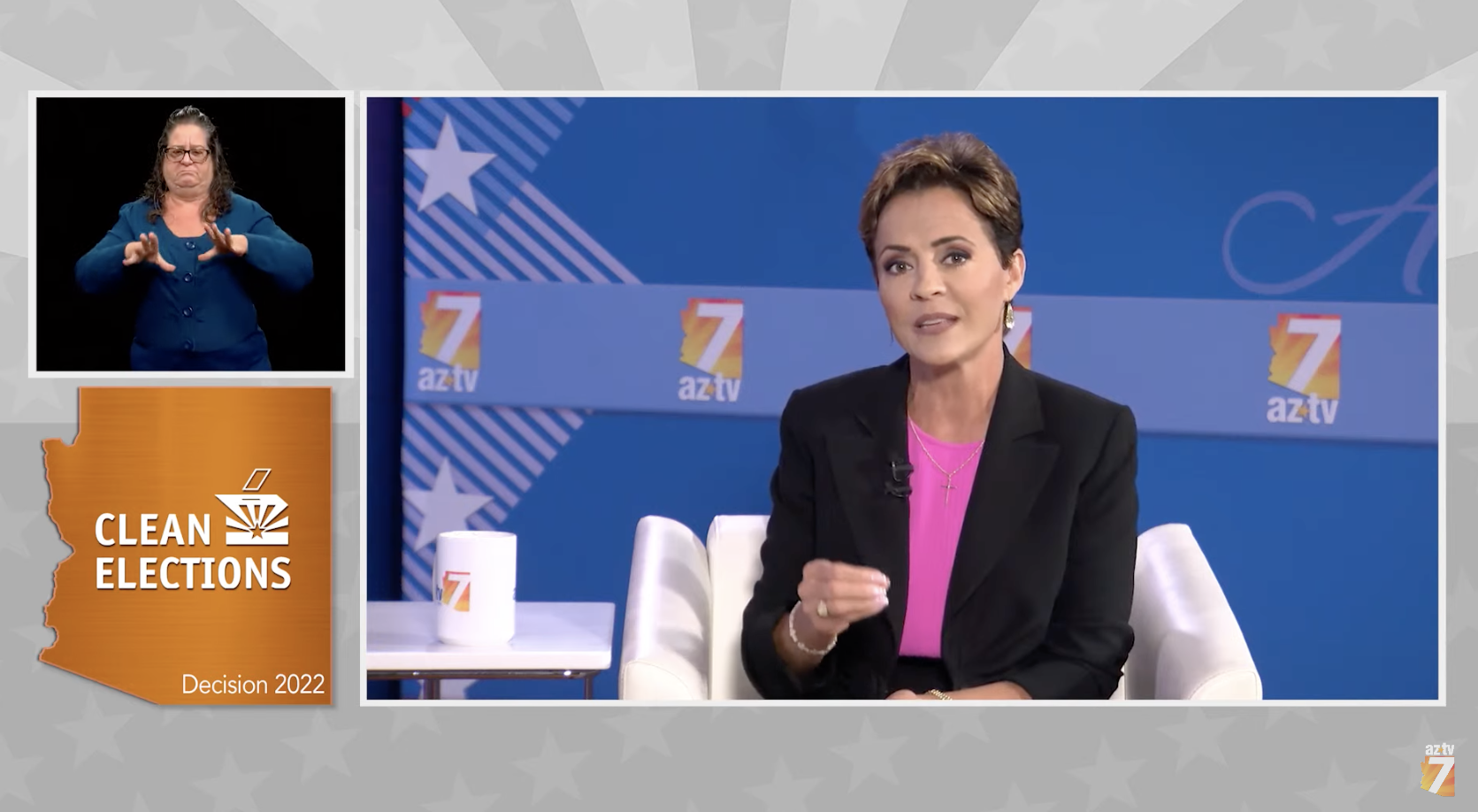 Lake: “This is a job interview. This should have been a debate. And we are doing a job interview, and you, the people of Arizona, are the hiring agent. I will be working for you and unfortunately my opponent doesn’t have the courage and doesn’t have the respect for the people of Arizona to show up here, sit on this stage and take these same questions. “
WATCH: Kari Lake on the economy & ensuring Arizona continues to grow as people move there from blue states. 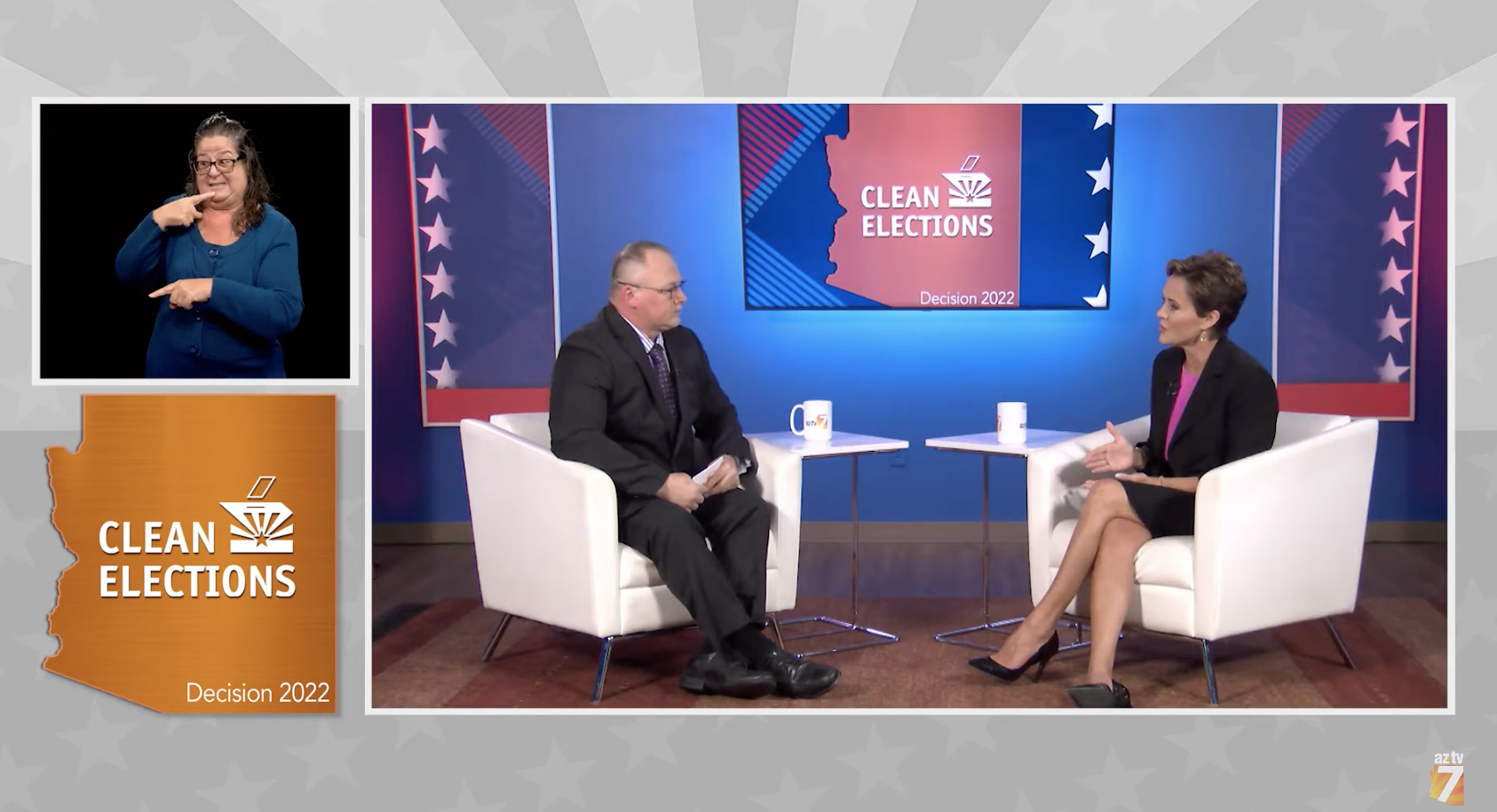 Lake: “We’re growing as a state. As these blue states continue to push dead end, destructive policies like California, Oregon, Washington, and Illinois—and I could list them all—we’re watching as people are moving in. And we’re watching as companies want to relocate here… So, we’re gonna work on infrastructure, securing the border, stopping the cartels from bringing drugs across and poisoning our young people.”
WATCH: Kari Lake on keeping the border secure. 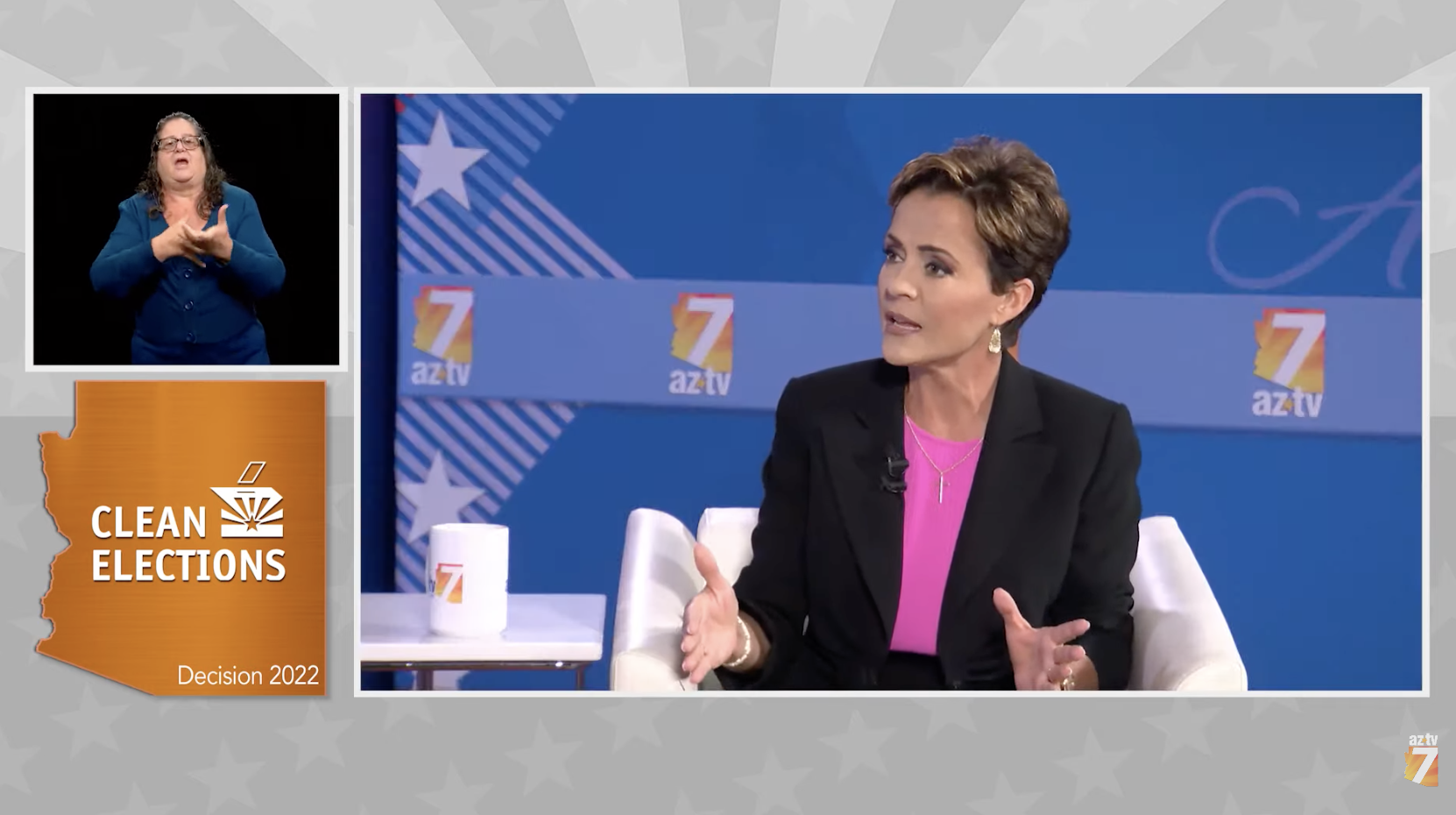