The new strike force will aim to target cartels and criminal organizations operationally and financially by increasing collaboration, improving intelligence, investing in analysis, combating human smuggling, and stopping drug flow among each of the participating states. 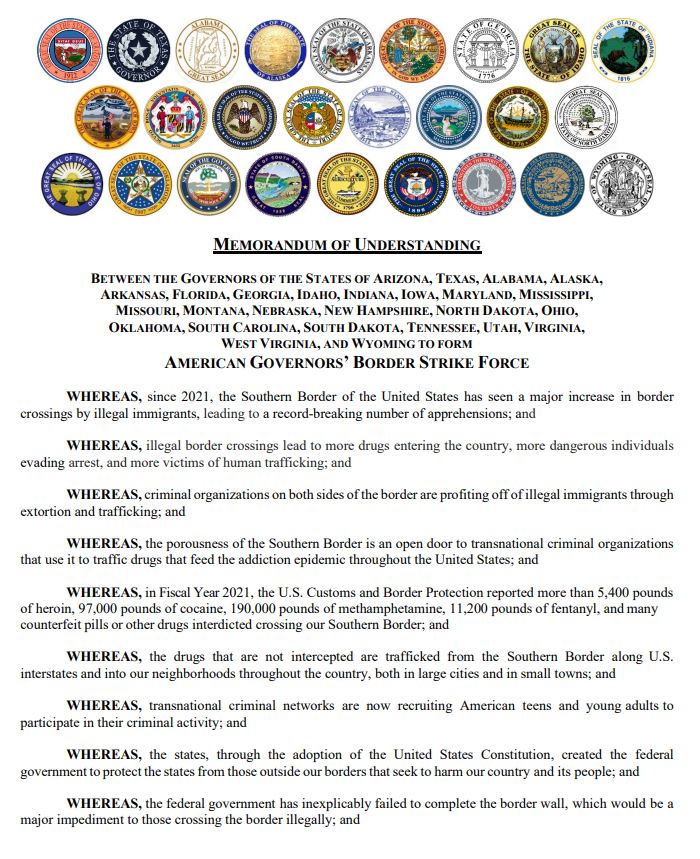 Biden’s reckless immigration policies and the lack of adequate federal resources have caused an unprecedented increase in criminal operations along the southern border and in communities across the country. Every state is a border state, dealing with the flow of illegal immigrants and drugs into states across America. Republican governors have repeatedly stepped up to fill the void with state National Guard and state law enforcement reinforcements in Texas and Arizona, and an effort last year to request a meeting with Biden to offer 10 policy solutions that could immediately relieve the crisis at the border.